Most Anticipated Films of 2012

It feels appropriate to start 2012 by writing about the films I’m most looking forward to in this new year. I should have probably waited until I was finished watching everything from 2011 but such is my enthusiasm for these titles, I couldn’t wait to get them out. 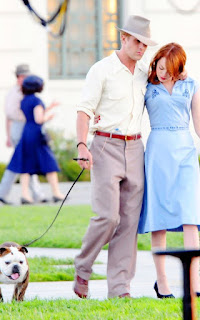 There are a few films I’ve had to leave off this list that nevertheless sound very intriguing. Pedro Almodovar who returned to top form with The Skin I Live In will be back with Mina, a biopic about an Italian singer and we all know a biopic in his hands won’t just be any biopic. Michael Haneke’s new film called Amour will most likely screen at Cannes and though early word – that I don’t remember where I’ve first heard – has not been especially positive, we’re still talking about Haneke and every one of his films is an event. Ruben Fleischer’s Gangster Squad looks intriguing and his Zombieland was tons of fun, plus, Hollywood’s new ‘it’ boy Ryan Gosling stars so it’s a must-see.

Park Chan Wook’s Stoker will bring the crazy in Oldboy together with Nicole Kidman; the only reason it missed out on the list is the current cultural vampire overload but I know I’ll be first in line when it comes out anyway. Pixar’s new film Brave is likely to be a return to their better days after the disaster that was the financially motivated, conceptually inept Cars 2. Finally, Christopher Nolan’s The Dark Knight Rises is a film I’ll surely watch on opening night for obvious reasons but I’d be lying if I said the hype has gotten me that excited about it. 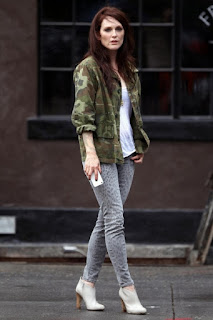 With that out of the way, here’s a list of my top dozen most anticipated films of 2011:

12. What Maisie Knew
David Siegel and Scott McGehee, the co-directors of this film, have made astonishing art films like Suture and The Deep End in the past so we know we can trust them behind the camera. If you haven’t seen those films or are not particularly keen on watching them, you probably want to that Maisie features Julianne Moore as an aging rock star who plays the mother of the titular character in the process of a messy divorce from her husband. Any Julianne Moore film has a spot on a list like this for me. Maisie is no exception.

11. Moonrise Kingdom
After his seminal film The Royal Tenenbaums in 2001, Wes Anderson’s works always underwhelmed me until he finally won me over again with the richly designed, charming and hilarious Fantastic Mr. Fox. Moonrise Kingdom brings together an eclectic mix of terrific thespians like Tilda Swinton, Bill Murray and Frances McDormand along with stars like Bruce Willis (he’s still a star, right?), Edward Norton, Jason Schwartzman and Harvey Keitel. IMDB describes the story as such: “A pair of lovers flees their New England town, which causes a local search party to fan out and find them.” The Material sounds right up Anderson’s alley.

10. Silver Linings Playbook
When one thinks about a former mental patient who’s trying to reconnect with his family, comedy is not the first word that comes to mind, but then David O. Russell is at the helm. Could this be the role that proves Bradley Cooper has more in him that just beautiful hair? How much screen time are the legendary De Niro and recent Oscar nominee Jacki Weaver given, and can this be De Niro’s time to shine again? I haven’t read the original material the film is based on but I’ll heartily watch anything Russell directs.

9. John Carter
Mission: Impossible – Ghost Protocol’s reception was far better than I’d expected, proving that the Pixar team can direct flesh and blood actors just as comfortably as animated ones. Andrew Stanton (Finding Nemo, WALL-E) is probably the best of their bunch. I’m unfamiliar with the original comics but the trailer looks promising and the film will hopefully bend some of the conventions of the genre. Nobody expects John Carter to be the biggest hit of the summer with the release of the new Batman film but we might just find ourselves a pleasant surprise.

8. Twelve Years a Slave
Few directors can stir as much conversation with their debut feature as Steve McQueen did with Hunger, one of the very best films of the past decade. His second film Shame is currently playing in theatres and has all the buzz in the world around its leading star Michael Fassbender. McQueen will work with Fassbender for a third time here, though the lead is given to Chiwetel Ejiofor in this period piece about slavery in New York in the 1800s. Brad Pitt, one of my favourite working actors, has joined the cast following his prolific 2011. I’m really not sure why this one is only on the 8th spot. It must be a mistake. 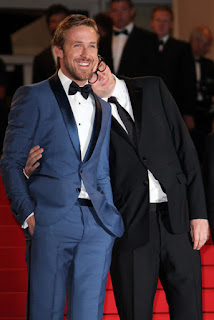 7. Only God Forgives
Nicolas Winding Refn’s fandom has grown exponentially following his instant cult classic Drive. If you think reuniting with Ryan Gosling for a Bangkok-set action thriller isn’t exciting enough, wait till you get a hold of his co-star: Kristin Scott Thomas! I can’t even imagine what these guys are cooking up but I’m already at the table waiting for them to serve it.

6. The End
Abbas Kiarostami’s films, despite being universal in their themes, were deeply rooted in Iranian culture so there was plenty of cause for concern when he announced his first film outside his native country. Not anymore of course. Certified Copy is one of the strongest films of his resume and it only gets better and better with every viewing. This time he’s moved from Europe to Japan. The story is unknown to me at the moment but given how layered his (non-)narratives tend to be, I’d rather go in without any prior knowledge. Kiarostami’s name is enough to draw me to the theatre.

5. Gravity
I can’t believe it’s already been six years since Alfonso Cuaron directed his last film, the expansive dystopian epic Children of Men. There are rumours that Gravity, which is almost entirely set in a station in outer space, is going to be an impressive visual spectacle and the fact that Emmanuel Lubezki comes back for another collaboration with the director is sure to make everyone’s mouths water.

4. Django Unchained
Quentin Freakin’ Tarantino! Enough said! Though admittedly, I’ve read this script and it’s not exactly his best work - which is why this film is only at number four – but Tarantino always adds so much to the text on screen. With an ensemble cast that includes Christoph Waltz and Samuel L. Jackson who have shown their best in Tarantino’s films before, Leonardo DiCaprio and Jamie Foxx, Django’s going to be one hell of a Christmas treat.
(On a side note, I had previously expressed concern over Tarantino’s future films after Sally Menke’s unfortunate death given her considerable impact on shaping his films. Fred Raskin who was Menke’s assistant on the Kill Bill films has been given the task of cutting Django Unchained.) 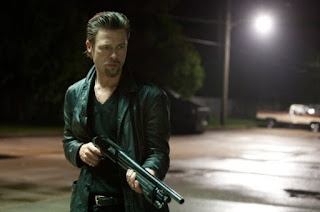 3. Killing Them Softly (Formely known as Cogan’s Trade)
Andrew Dominik directed one of my favourite films of the past decade in The Assassination of Jesse James by the Coward Robert Ford. He’s back for another male-dominated story led by Brad Pitt and featuring actors like Ben Mendelsohn, Richard Jenkins, Sam Shepard, Ray Liotta and James Gandolfini. Master cinematographer Roger Deakins is gone but he’s replaced with Greig Fraser whose promising career includes credits like Let Me In and Bright Star. I’m curious to see how a heist story works out within Dominik’s austere, patient and visually poetic storytelling scheme.

2. The Master
Yet another auteur who is coming back after a long hiatus, Paul Thomas Anderson doesn’t really need any introduction. Boogie Nights is among my favourite films of all time and his last work, There Will Be Blood, is one of the most critically acclaimed films of the aughts. The Master hasn’t had the easiest road to screen so far, but there’s no reason to panic when the man behind the camera is as capable as Anderson. The film concerns a man (Phillip Seymour Hoffman) who starts his own religion in the 1950s and has already piqued everyone’s interest for its close similarities to Scientology. The only thing that disappoints me a little is the departure of Anderson’s long time cinematographer Robert Elswit.

1. Seven Psychopaths
In Bruges, Martin McDonagh’s debut feature, was at once poignant, hilarious, thrilling and completely bonkers. His new film is about a screenwriter who is entangled in his friend’s dog-kidnapping plan; and if the title and this synopsis don’t promise even more crazy fun, take a look at the cast: Colin Farrell (who, in my opinion, gave the best performance of his career in McDonagh’s last film), Christopher Walken, Woody Harrelson, Gabourey Sidibe, Sam Rockwell, Tom Waits and Abbie Cornish. Show me something that can top that! 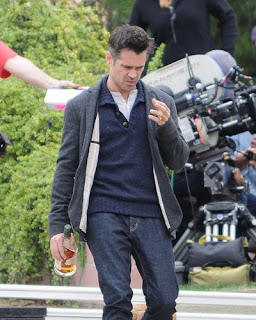