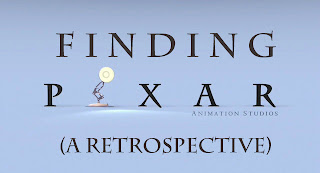 Welcome to Finding Pixar, a new series that will serve as your guide through the studio’s catalogue in anticipation for their upcoming feature, Brave. We’ll be looking at each of their films chronologically every Monday. Now, I know what you’re all thinking. “But Amir, Brave is released in 11 weeks and there are 12 Pixar films.” That’s true, but since we’re starting one week late, we’ll have to cover both Cars films in one episode. Who among you really wants to read about the second one anyway?

Pixar’s status among studios is unique, both because of the specialty of the films it produces and because of their general quality. It is also unique because despite the relatively young age of the studio, the amount of writing on their work – academic, professional or otherwise – is outstanding. My generation – I was 7 when Toy Story came out – grew up with Pixar’s cinema and younger generations have actually been introduced to animation first through Pixar and then everything that came before it. It’s been a cultural phenomenon that has really become inseparable from the experience of cinephiles and kids in the past two decades.

Though their work really stretches all the way back to A Computer Animated Hand and their short animation repertoire is just as valuable, this series is focused on feature length films and their evolution. Kicking things off, of course, is John Lasseter’s Toy Story (1995), arguably one of the most influential films of its decade and the film that brought Pixar to the attention of a worldwide audience. 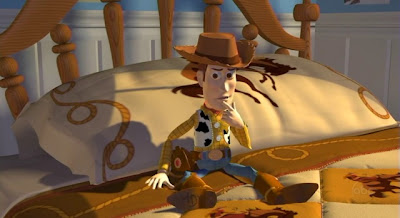 
Foreign films are not released theatrically in Iran so the first time I was treated to a delicious Pixar dish on the big screen was in 2007 with Ratatouille. My first experience with Toy Story must have happened sometime in 1996 on a VHS tape. I cherished all the tapes I owned and I’d watched the likes of Beauty and the Beast (previously discussed here) and 101 Dalmatians hundreds of times. Toy Story was a whole new experience though.

It was beyond me to understand how that effect was executed but it felt like seeing my real plastic toys on the screen. Those effects look pedestrian today when you compare them with the same characters in Toy Story 3, but it was revolutionary at the time. Toy Story triggered my imagination like nothing else. I was blown away by the story and recreated endless plots in my head involving my toys and what they did when I wasn’t around. It was magical and I think that child still awakes inside me every time I watch a new Pixar film. Toy Story was just when my love affair with Pixar started.

Pixar’s real achievement has always been their successful integration of adult themes in the children’s universe. One can argue that the reason Toy Story holds up so well today is that it never feels like a kids’ movie. It is, above everything, a film about camaraderie, about how friendships are developed and how they evolve. Without a trace of didacticism and with utmost energy and playfulness, Toy Story subconsciously taught me everything about treating my friends right and sticking with them at hard times. It told me not to judge people based on their appearances; and I’d be hard-pressed to find another moment in my life that taught me that more thoroughly than when Sid’s terrifyingly dismembered toys help Woody and Buzz out in their escape.

Watching the film again for this write-up, I had the same feeling I had in the theatre for Toy Story 3: like these characters had never gone away from my life. The key is in the way the Pixar team treats them, not like toys, but with maturity and respect. The story is as engaging for adults as it is for kids because the toys transcend their plastic materiality and become relatable for anyone at any age. This respect for the story and for children has become a staple of Pixar's work, but it is epitomized here because the protagonists are not even human. Yet, Lasseter finds a way to make them human and worthy of our compassion. Toy Story may not be my favourite Pixar film, but it always holds a special place in my heart for kick-starting what I think is, along with Krzysztof Kieslowski’s Trois Couleurs, the greatest trilogy of all time.
Posted by Amir at 7:56 PM