A few weeks ago, I wrote up something here, saying that I was leaving the virtual world for a while to get my real life back together. For reasons unknown to myself, I decided to delete the post, but the amount of love and support I got from my small but loyal readership at the time proved to me that there is no boundary between "real" and "virtual" friendships. You guys really rock! 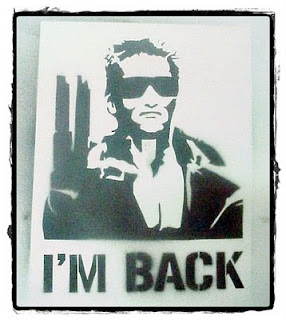 So, even though life isn't exactly all rosy yet, I feel like I've been away from this blog for too long. I should let July, which is coincidentally my birthday month, be a new start for this space. There will be more of the same old stuff, reviews, etc. but lots of new things as well. And the Recent Screenings page will be updated regularly as before with grades and tweet-length reviews of everything I see in the theatre.

Finally, and strangely enough, I've been asked to put up the old post again because it was more heartfelt than anything I'd ever written, which is true. It was. So here it is. Besides, the friends I'd thanked then for helping me out with my Pixar series totally deserve their names mentioned again.

Generally, I don’t like to post anything on this blog that isn’t relevant to the cinema and I particularly try to keep my personal life completely separate. But in the past few weeks, this has become increasingly difficult for me since movies are slipping further and further away and my real life concerns are taking over. So I feel like I owe it to my readership, small as it is, to let you know about the hiatus that’s to come.

Last year at this time, I’d done quite a few reviews and Oscar predictions and such, but as I said, my mind is not remotely close to that stuff at the moment. It hasn’t been the greatest of summers. I’ve done terrible things that I shouldn’t have in my personal life – causing so much hurt in the process - and there are some things that really didn’t go my way in my professional life, and all this has left me emotionally crushed and exhausted. So it’s only logical that I take some time off from the world, clear my head, heal my wounds and regroup. Maybe I will come back in time to cover TIFF again.

Before I sign off though, I owe a huge Thank You to Mayukh, Andrew and Jose who agreed to help me out with my Pixar series. When I told them about it, what I had in mind was an organized and coherent series. Sadly, it didn’t turn that way but I’m sure they’ll understand. Mayukh’s article was posted here, and Andrew and Jose’s were planned but I never got far enough to get to their topics. They’ll hopefully join back in at a later time. I also owe an apology to Dave, who wrote the final piece of the series and I never got around to linking to it. It’s an interesting piece as it shifted gears, taking the series in a more technical direction. It’s totally worth your time.