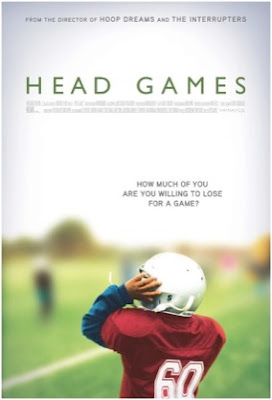 Last week, I had the pleasure of interviewing one of my favourite directors, documentary filmmaker Steve James. He's been a staple of America's documentary scene since his breakout 90s masterpiece Hoop Dreams and I've been a fan of his work as long as I can remember.

I chatted with him about his newest film, Head Games, which is about the prevalence of concussion in contact sports. The premise doesn't suggest as much, but it was incredibly moving and almost frightening in some of its revelations. We also talked a little bit about the new voting structure of the documentary branch of the Academy and his future film, Life Itself, which will be based on Roger Ebert's biography.

The interview is posted here at The Film Exprience and my latest Oscar predictions in the Documentary category are here.