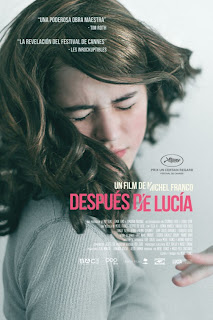 Over at The Film Experience, I've interviewed Michel Franco, the director of Mexico's foreign language film submission and Cannes Film Festival's Un Certain Regard winner, After Lucia. It's a terrific film, possibly my favourite of the year, and I had a blast talking to this fantastic director. It's definitely a director's film and one of those that grip you and trap you within their world and don't let go when the curtains close. It's a must see, really.

You can read my interview here. Don't forget to chime in with your thoughts!