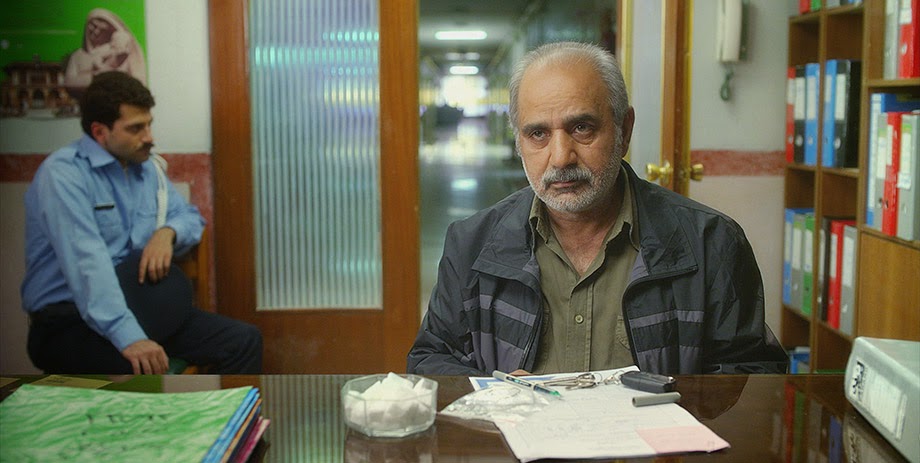 Iran's submission for this year's Best Foreign Film at the Academy awards is Reza Mirkarimi's Today. As one of the country's most remarkably consistent filmmakers, his films have twice been submitted for Oscar consideration – though not his best, breakout feature, Under the Moonlight. He had no luck with So Far, So Close and his second chance, A Cube of Sugar, was taken away from him after Iran took back its submission as a result of a boycott.

Today tells the story of a taxi driver, Younes (played by legendary actor, Parviz Parastuyi), who forms a mysterious relationship with one of his passengers, an injured, pregnant woman. A subtle, slow narrative with a taciturn protagonist typical of Mirkarimi's characters, the film gradually builds momentum toward a richly moving finale that works both within the emotional scope of the film and the grander, allegorical meanings that critics have ascribed to it. It is one of the strongest films of the year.

I saw the film at TIFF and discussed it on the Hello Cinema Podcast – which, as you already know, I co-host with Tina Hassannia about Iranian cinema. I also had the pleasure of interviewing the director during the festival. I have written about the film twice this week: a transcript of my conversation with Mirkarimi is up at Hello Cinema; a short column about the film's Oscar chances is at The Film Experience. Be sure to give both of them a read!
Posted by Amir at 1:53 PM