Iran will not defend its Oscar statue 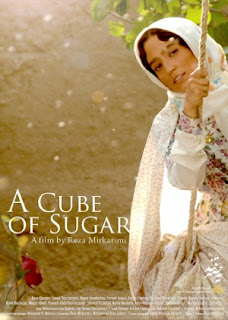 I had the first episode of my new series on Iranian cinema all edited and ready to post, but it feels strange to write about Iranian cinema today and ignore the big news. The Iranian government has decided to boycott the Oscars in an act of protest to the release of Innocenceof Muslims.

It’s painful, to be honest; particularly because it had been announced earlier that Reza Mirkarimi’s A Cube of Sugar was going to be Iran’s representative in the category this year. It’s a gentle, thoughtful film by one of the greatest directors of Iranian cinema's new generation. I’ve always rooted for his success since his exquisite first feature, Under the Moonlight, and I’d have loved to see him take another stab at this. (Iran’s 2005 submission was Mirkarimi’s best work to date, So Close, So Far, which is criminally overlooked on the international scene.) This of course comes on the back of the country's first win for Asghar Farhadi’s A Separation, so Iran becomes one of only a handful of countries not to attempt to defend its statue. (Film Actually’s Shane pointed me to South Africa and Bosnia who didn’t submit films after Tsotsi and No Man’s Land, respectively. If you know of more examples let me know in the comments.)

Mirkarimi and his film aside, I just can’t see how the decision to boycott the Oscars helps any of parties involved. Why deprive the Iranian film community of the chance to show its best work on the world’s greatest stage? It doesn’t seem like a trade off, just a lose-lose situation. If the reason for this boycott is that Iranians feel insulted by Innocence of Muslims, wouldn’t a worthy film in response send a better message to the world than simply boycotting the Oscars and leaving the scene altogether? And in any case, Innocent of Muslims is absolutely asinine but responding to it at all, whether in the form of a boycott or more aggressively, with riots and violence and shootings and killings as we've seen in other Muslim countries in the aftermath of its "release" is even more...stupid. If you don’t like the film, don’t watch it and move on. This type of reactionary approach only validates it. Besides, I can guarantee you that before the ceremony is even held, barely anyone will remember the name of this "film".

As for A Cube of Sugar – which, by the way, stars my favourite Iranian actor of all time, Reza Kianian - well, it was not A Separation, but it had a decent shot, believe it or not. It’s exactly the type of film that older voters in this category welcome with open arms and it’s a heck of lot of better than some of the recent winners. But alas, Iranians will have to wait another year.
Posted by Amir at 4:36 PM