Persian Treasures: The House is Black

Welcome to the first episode of my new series: Persian Treasures. (The background on the series is explained here) When I first proposed the series, my friend Andrew (Encore’s World of Film and TV) was quick to mention that while he appreciates the idea, he’s not sure if he’s seen any of these films or is even able to seek them out once he finds out about them here. I’m certain he’s not alone. To be honest, the reason I write so little about Iranian cinema despite my desire is that same concern. What interests me about blogging is the conversation, and if I’m going to be talking to myself, well, where’s the fun in that? So to make this easier for him and all of you out there, for the first episode I’ve chosen a short film that’s available in its entirety on YouTube. It may have been wiser to start the series on a happier note, but really, easy access is NOT the only reason I’ve chosen this film. It also happens to be one of my favourite films of all time and it even found quite some love on the newest edition of the Sight & Sound list of the greatest films ever made.


The film in question is The House is Black (خانه سیاه است, Khaaneh Siaah Ast) directed by famous Iranian poet Forough Farrokhzad in 1962. House is notable not only for being the only film in her resume, but because the ever-controversial, iconoclast poet was at the height of her fame when the film came out. Forough, who is famous for the implicit sexuality and the openly critical feminism of her poems, had just finished her fourth and penultimate collection, and was faced with public criticism and negative pressure in a society where Islam and its problematic views on women were not only dominant, but intensifying rapidly as the country was moving toward the Islamic Revolution. Forough had always swum against the current, but The House is Black was a change in direction.

She didn’t sacrifice her views, of course; the film was as open, heartfelt and honest as her poetry. In fact, her poems are prominent in the voiceover, too. But the change was rooted in something else: the film’s subject matter. This was at once her most universal and most specific work. It wasn’t the type of pained romanticism that alienated as many people as it invited to her poetry. It was an agonizing story of the most estranged section of the population, but elevated from mundane miserablism to heartbreaking poignancy through her sympathetic lens and the sheer brilliance of her words. 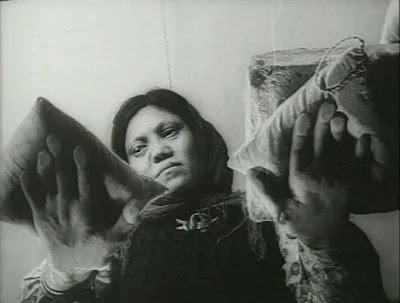 The House is Black - which is a fleetingly lyrical documentary – is shot inside Behkadeye Raji, a planned colony for victims of leprosy in the Northwest of Iran. Upon visiting the institution, Forough was so touched that it compelled her to make her first foray into the world of cinema. This film came as a result of her collaboration with Ebrahim Golestan, one of Iran’s leading directors and producers at the time, who was certain Forough’s poetic vision would transfer to the silver screen and make for a unique perspective on this institution.

The astonishing technical aspects of the film – its stoic and crisp cinematography and sharp editing – and its moving story aside, what makes House truly special is the way Forough walks a very fine line in her criticism of Islam. Here, she’s more implicit than she’s ever been: never making arguments or passing judgement, but cleverly placing verses of the Koran throughout. The bleak condition of life among the victims is juxtaposed to their firm religious beliefs, leaving the audience to wonder about the deep-rooted status of the religion in the Iranian psyche. Just how far are can people be pushed before they lose their faith, if at all? There are no answers given by Forough, only questions asked. 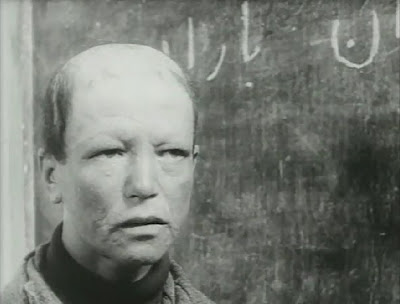 Over the years, since my first encounter with her poetry as a teen, I’ve always been touched very deeply by her work. Her melodic words speak to me more personally than any other poet’s. Yet, for all my love for what she’s done in that arena, it is this film that I always point to as the pinnacle of her career. I’ve watched it countless number of times and the film’s shattering final scene still brings me to tears every time. Every single time.
Posted by Amir at 3:07 PM